Howard was born in Pocatello, Idaho, to Larry and Edith Spaulding. He had one sister, Nadine. His parents divorced when he was two. His mom married Dan Hartford when Howard was four and the family relocated to Astoria, Oregon. When Howard was five, he was racing a truck and tripped over an apple core, resulting in a broken leg. The same day the Japanese shelled the beach in Astoria. The lights all went out and Howard was scared. But a visit from a WAC made him feel better. He refers to her as his first girlfriend.
The family relocated to Portland and Howard started school at the Oregon Shipyard. The family moved across town and he went to second grade at St Peter’s Catholic School. He ended up failing second grade because he couldn’t see the board. He got glasses and passed the second grade. He started third grade at Ascension Catholic School and remained there until he graduated eighth grade. He helped the nuns and priests around the church. He was an altar boy and he rode a shabby looking bike to and from there. The nuns ended up painting his bike a ucky orange but it looked better than rust.
During this time, Dan’s ex-wife passed away and three of his four kids came to live with them. The youngest of the boys was playing football in high school. He was tackled during a game and died from the injuries he sustained.
Howard started working at a grocery store when he was 14 or 15. He was replaced though when he went on a camping trip with his parents. His dad got him a job cleaning up at a bakery. He worked there while attending Washington High School. He learned a lot of the baking business and excelled in his classes at school – especially home ec and wood shop, which he helped teach other students. He also got a car at the age of 15. When he turned 18, he legally changed his name from Spaulding to Hartford.
Howard graduated at 19 and continued working at the bakery. He joined the Civil Defense at 20 and completed all three courses so he was able to help in all kinds of emergencies.
His buddy introduced him to his girlfriend’s sister, Kitty. The couple married in 1958. Howard was unable to get a raise so his mother in law checked if there were any openings at Montgomery Wards. There was an opening in the warehouse. Howard got the job because he was able to keep up with the manager’s speed walking.
Kitty and Howard had four children in 1958, 1959, 1961 and 1962, three girls and a boy. And Howard got a second job working at a gas station.
Kitty wanted to move to LA to be near her mother. So the family relocated and Howard got a job working in a restaurant. After a couple of months, he was cooking and the night shift manager. Howard and Kitty weren’t getting along and so Howard moved back to Portland and resumed his position at Montgomery Wards. Ultimately, Kitty and the kids joined him in Portland but the couple finally divorced in 1965.
Howard joined the Big Western dance club. The young lady at the check in desk caught his eye. He told her he was going to dance her feet off. She was sassy with him but they started dating in April. Two weeks later, they got engaged and married in July. The couple settled down in Seattle, WA, before relocating to Roseberg, OR.
In 1970, their son, Kenny, was born and Jennifer was born prematurely in 1973. Howard worked for Montgomery Ward until the closed in 1986. He worked for Yellow Freight and finally full time for Franz Bakery. He injured his shoulder on the job. He ended up retiring early in 1996 and having surgery on both shoulders. He was unable to work after that.
Donna started working for her sister as a merchandiser for True Value in 1994. When Howard retired, he started traveling all over the United States with her. They would leave on Monday and get home on Friday and then leave again on Monday. One of his favorite areas was Pottsville, PA, an Amish community in Intercourse, Pennsylvania. The couple moved to Holt, MO in 2001 and Donna retired in 2005.
Howard put his baking skills to good use over the years making a log cabin cake, several wedding cakes and numerous birthday cakes. He enjoyed dancing, hunting and roller skating (in high school). He worked with ceramics from molding to firing, glazing and refiring.
Howard and Donna moved to Westbrook in December of 2020, leaving their apartment in Liberty. They were unable to climb the steps anymore. Howard loves the fact that the staff is nice, sweet and helpful. Help is available immediately if they have a problem or health issue. He also enjoys talking to all the ladies in the dining room because there are mostly women in his dining room.
The couple have six children, 24 grandchildren, 6 great grandchildren and 2 great great grandchildren, He urges them to work hard and prepare for retirement. He says, “Don’t stop doing things because you’ll fall on your face”. 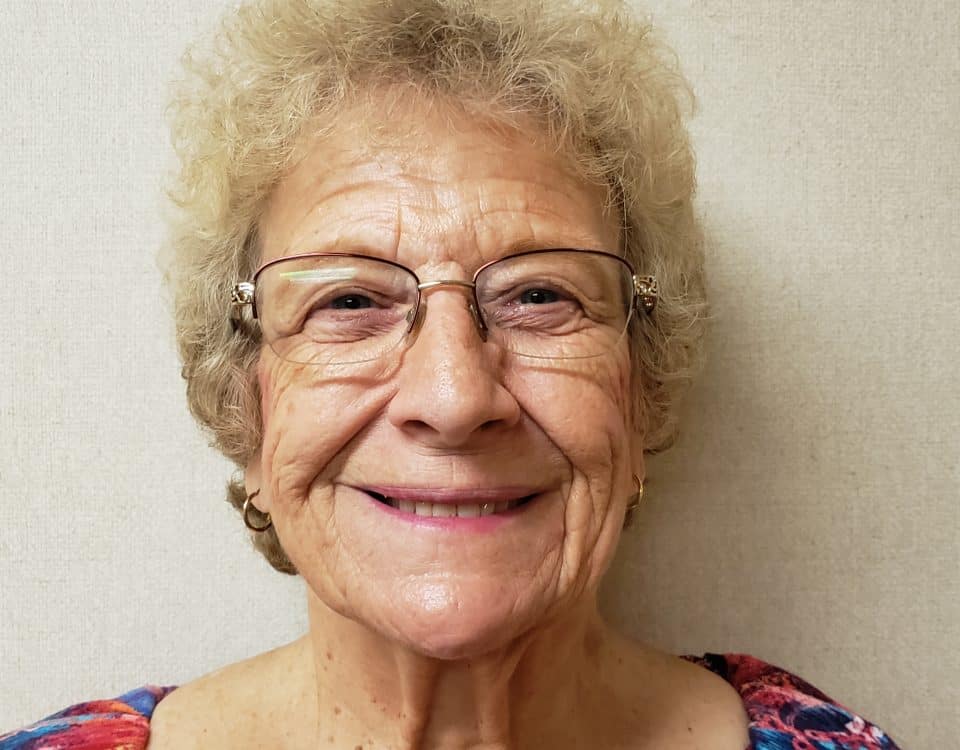