Sandi was born in Kirksville, MO, to Kenneth and Margaret Pickett. She grew up in town with her sister, Karen, who was two and a half years older than her. Sandi was a tomboy. She would go hunting and fishing with her father, while Karen stayed inside with her mom. Sandi grew up playing in the sand box as well as jump rope, jacks, cars, and cowboys and Indians.
Sandi enjoyed school. Her favorite subjects were Math, Science and PE. She was not a fan of Latin especially since it was taught by a German teacher with a very heavy accent. She graduated from Kirksville High School and attended college at Northeast Missouri State. She graduated in just three years with a degree in education.
She started teaching Home Economics in Wyaconda, MO. She met John Jeffries, the coach in Wyaconda. He was ten years older than her, recently divorced with two little girls, Jana and Jerri. They started going out for coffee – and Sandi didn’t really like coffee. Soon they started dating. At the end of the school year, Sandi moved to Kansas City, Kansas, where she taught Home Ec at Highland Junior High. Being separated brought to light what she really wanted. In June 1967, John and Sandi were married and moved to Raytown, MO.
They both got jobs teaching in Raytown. Sandi had grown up Methodist but John and the girls were Baptist. They all started attended First Baptist of Raytown. In March 1968, Sandi realized that even though she believed in God, she didn’t have a personal relationship with Christ. She’d lived her life feeling insecure and afraid of death. Once she accepted Jesus as her Savior, she realized He was all she needed. She has remained active in church ever since.
Four years later, she quit her job to have their daughter, Juli. Two years later, they welcomed their son, Johnnie, into the family. Sandi stayed at home with the kids until they were all older and in school. The girls were involved in dance lessons, church and piano lessons. Johnnie played football and basketball. This kept them very busy. During the summers and holidays, they would go visit family.
. John retired prior to Sandi. He continued coaching basketball until his health declined. He was diabetic and had congestive heart failure. Sandi retired to stay home and take care of him. They sold their house and bought a townhouse on a golf course.
They suffered the loss of their daughter, Juli, in 2009. Sandi leaned on the knowledge that God is in control and remembered He is all she needed. John passed away in 2015. The knowledge that her loved ones had accepted Jesus as their Lord and Savior brings her great comfort. She knows she will see them again when she passes away and enters eternal life.
Sandi remained in the townhouse after John died. She kept busy with her friends, her church family and gardening. She had flowers out front and vegetables along the sides and around back.
Sandi has a heart for missions. She has taken three trips to Israel – two as part of a mission team doing construction and once for pleasure and Bible study with her daughter-in-law, Candace. She went on mission trips to Venezuela twice and Panama once. Besides these trips, she and John went on a bus tour of Germany, Austria, Sweden and Denmark. She and her sister-in-law went to Hawaii. They also traveled up the coast of California. She has visited her sister in Maine and they went over the border into Canada. They have even gone through the “longest covered bridge in the world” located in Hartland, New Brunswick, Canada.
Sandi moved to Westbrook from her home in Raytown at the end of September. She chose to leave her home before she had to because she wanted to be closer to family. After looking around, she decided to come here. She loves older people, talking about old times, and helping others out. It brings her great joy. Besides her children, she also has one son-in-law, Dave, a daughter-in-law, Candace, six grandchildren, Derrick, Candice, Blake, Garrett, Grace and Grant, and three great grandchildren.
Sandi took a class once about goal setting. She set her goal to be writing poems that God had given her. She has definitely succeeded in her endeavor. To date, she has around 450 poems. 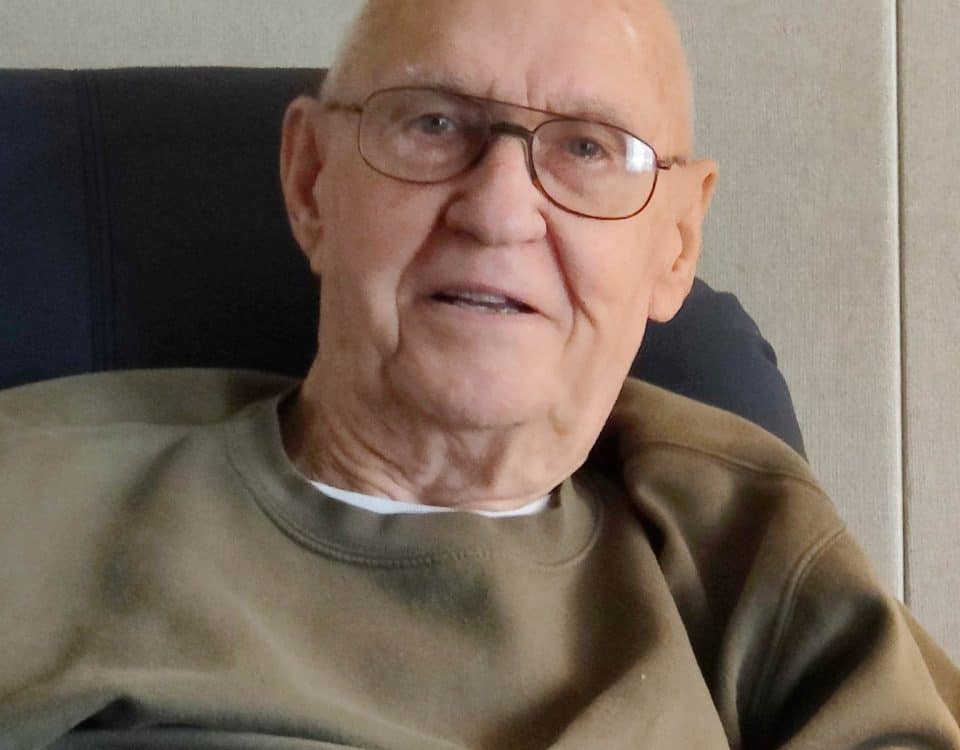