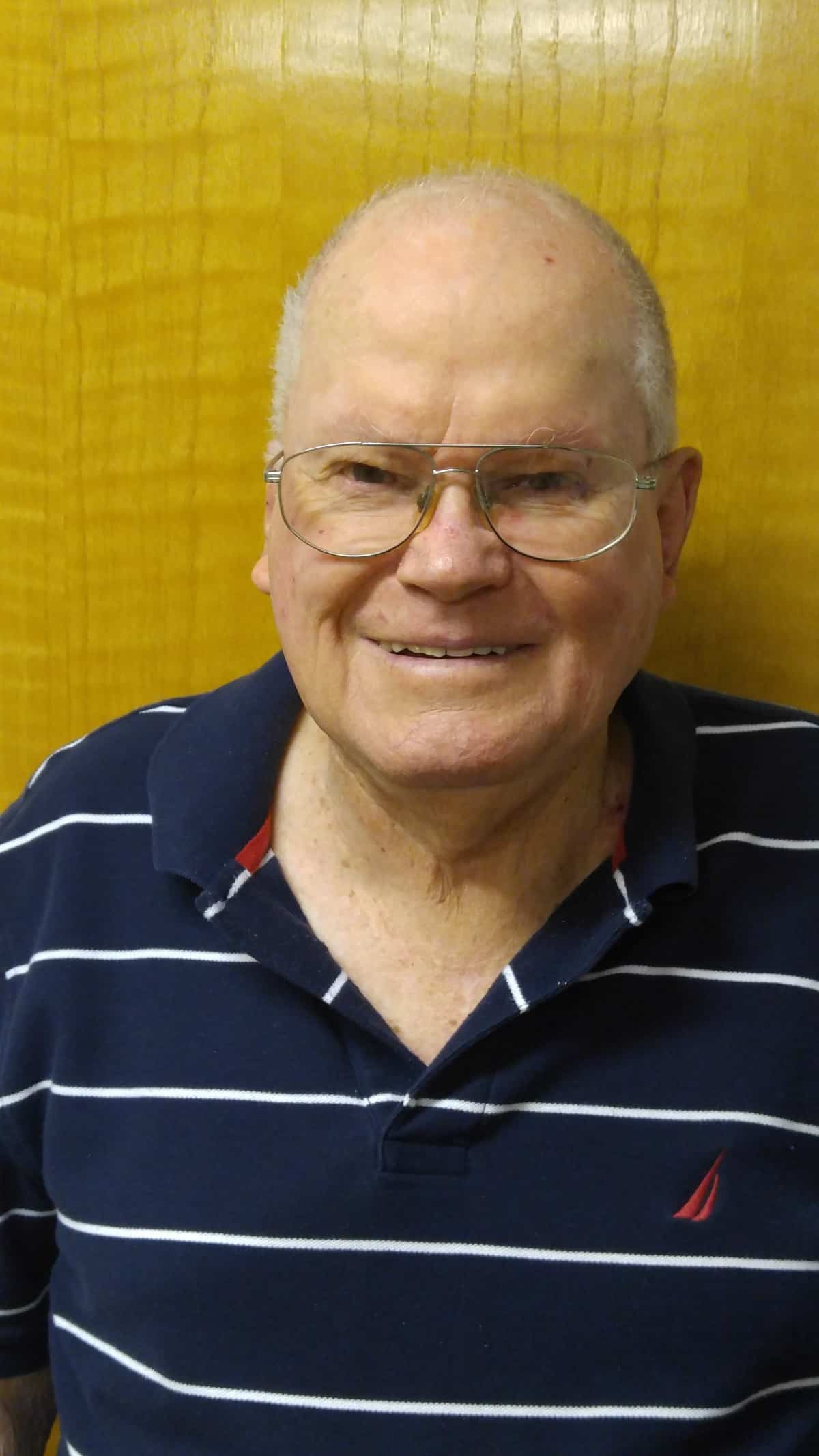 Bob Shaffer was born in a log cabin in Birmingham, MO, to John & Kathryn Shaffer. The family moved to the northeast side of Kansas City and that’s where Bob grew up with his three brothers and one sister. Bob starting working in the drug store as a “soda jerk” at the age of ten. By twelve, he was working at an ice cream shop. He continued to work there until after high school. Bob didn’t take much interest in school until high school. He got involved in football. He was a guard and was the quarterback for his Junior and Senior year. He was also involved in a Literary group (the Hamiltons) which was for students with good grades. He graduated from East High School in 1948.
The first year out of high school, Bob drove a route for the ice cream shop. He took care of the ice cream vending machines for them. Bob went to work for General Motors in 1949 but only worked there a year because the hours were too unpredictable. So he left GM and went to work for the Gas Company. It was a 50 hour work week which gave him a stable income.
In 1950, Bob’s eye was caught by a young lady that worked at the drug store across the street from where he lived. He had asked another young lady who was a friend if she was dating anyone. He was told that she saw somebody but that she didn’t know how serious it was. So Bob asked Jeanne out and she said yes.
In November of 1950, Bob was drafted into the Army. He went to Fort Leonardwood for basic training and then to Kentucky. Bob and Jeanne got married in February of 1951 in Arkansas because Bob didn’t have time for the three day waiting period required by Missouri. The couple then moved to Baltimore. Bob was an infantry man but because of his high number, they trained him on radar. Bob had to spend a year overseas so he chose the Alaskan Territory. He and five other white men were assigned to the 455th battalion, a colored battalion in Fairbanks. The Army was just starting to integrate at this time. He says they were a great bunch of guys to serve with. Bob made Section Chief before he was discharged.
Jeanne had returned to Kansas City when Bob went to Alaska. He joined her upon his discharge in Nov. 1952. He went back to work for the gas company. He had learned welding in high school and worked his way up to a welder and finally a supervisor.
The couple settled into married life in East Kansas City. They had four children. Patty was born in 1954 but passed away from epilepsy at the age of 6. Steven was born in 1956, Mitchell in 1959 and Terry in 1960. In 1967, the family moved to Liberty. Bob and Jeanne bought a house with an acre lot. Bob cleared the lot and planted fruit trees and a large garden. He grew raspberries, strawberries, gooseberries, elderberries, blackberries and grapes.
Bob, Jeanne and the kids were avid bowlers. Bob and Jeanne started bowling in 1953. Jeanne taught bowling to children in Liberty. Bob and Jeanne both bowled on leagues. Bob has bowled a 300 once. His highest average was 216. Bob is a member of the Kansas City Bowling Hall of Fame. He was a member of the Kansas City Bowling Assn. He was an officer and eventually became President. Bob had to quit bowling in 2013 after sixty years.
Besides bowling, Bob also enjoyed deer hunting in Wyoming. He never went deer hunting in Missouri. He was also a fishing enthusiast. He caught an 8lb bass down on Table Rock Lake and had it mounted. He has also traveled across most of the United States.
In the 1980’s Bob started making wines using the fruits that he grew even though he didn’t drink wine. He’d give away 100 bottles at Christmas. He would bring a gallon jug of it to the annual bowling Christmas party. One of the guys bowled his first 300 game after a glass of Bob’s wine. Hmmm…
Jeanne passed away due to a reaction to anesthesia during by-pass surgery in 1988. Bob had known Darline Carroll for about 2 years through bowling. Her husband had passed away about a year before Jeanne. They started going out to eat for the companionship. After a while Bob decided he thought he could live with her and they married in January on 1990.
Due to losing his eyesight, Bob and Darline moved from Liberty to Westbrook in October of 2008. Bob says it’s a relaxed lifestyle. You don’t have to cook if you don’t want to, there are things to do like Happy Hour and Ice Cream Socials and there are some pretty nice people as well.
Bob has his three children and their spouses, six grandsons and two great grandchildren. Bob was also a member of the Masonic Lodge for over thirty years achieving the level of 32nd degree Mason.