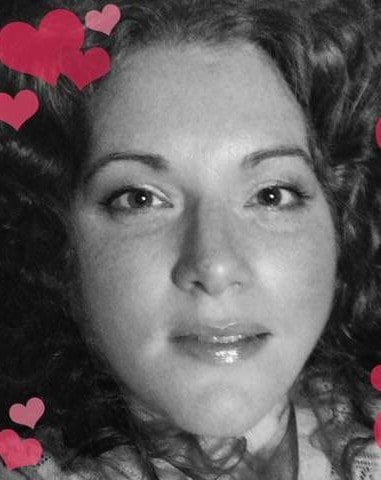 Elizabeth “Beth” Carr was born in Excelsior Springs MO, July 15, 1977, to Mary and Michael Wollard at Excelsior Spring Hospital. She grew up in Excelsior Springs. Her mother was a stay at home mom until she decided to go to school for her CNA then for her CMT. Beth’s dad was partial owner of Wollard Lincoln Mercury car dealership in Excelsior Springs where he was a part’s salesman at the garage.
Beth grew up with three siblings, two older brothers and an older sister. They would make a lot of video recordings of just doing random silly things, so there are lots of VHS tapes with many childhood memories on them. Her older brothers liked to make music videos. They had a set up downstairs with lights, guitars and microphones in a stage set up. They would record lip syncing videos to Motley Crue, Van Halen, Ozzy and so many others.
Beth spent a lot of her childhood as a typical 80’s kid. She went to the skating rink every weekend and would hang out at the pool hall downtown, where her best friend’s parents owned the establishment. Beth loved swimming as well. She has many fond memories of swimming at the Hall of Waters pool before the flood of 1993 destroyed the area along with the pool and it never reopened. After that she started swimming at Rainbow Pool Club.
Beth attended Excelsior Springs High School and was on the track team in Shot Put, 100 meter dash and Cross Country. She was in the Color Guard on the rifle team and in concert choir. Beth loves to go to concerts and loves all types of music especially heavy rock. She has seen Metallica four times, Pantera, Alice in Chains, Tool and Korn and so many others.
Beth graduated in 1998. Soon after, she became a young Mom to a great Son. She got a job working as a silo operator and forklift driver at the American Italian Pasta Company where she worked for several years. This is where she met her now husband, Joshua Carr. They dated for 1 ½ years before they decided to make it official. They have been married almost 16 years. Beth and her husband decided to start a family of their own and had two amazing boys. During that time, she decided to be a stay at home mom for about 7 years.
Beth worked for Hallmark as well for a couple of years before deciding to take a whole career turn altogether. She felt the field she was in was meaningless and wanted to actually do something she loved. So she decided to follow in her mother’s footsteps and get into the medical field. She went to college and studied Health Information Technology She started working in residential care. Beth’s first job was at Benton House of Staley Hills. She worked there for almost 2 years as a PIC medical technician overnights, where she was in charge of a group of three. Then Elizabeth decided to make a move and come to Westbrook in Kearney, MO. This was an amazing decision because she lives in Kearney, which makes it more convenient
Beth is currently enrolled in a CNA class and after this certification plans to go on and get her CMT. She is also home schooling her boys this year due to Covid. AND she is watching her three year old grandson. I other words, she is BUSY!!
In her spare time, Beth likes to read and sew. She’s made baby blankets, pillows, clothes and is currently working on her first quilt. She has tried appliqué but finds it very challenging. The family tries to take one vacation a year. The most recent was trail riding in the Owashataw Mountains of Arkansas. They love the outdoors and enjoy fishing and camping . The guys like hunting.
Beth loves her new job here at Westbrook very much. Everyone is so kind and she absolutely loves the residents. “They’re just a very amazing bunch of people all around,” she says.