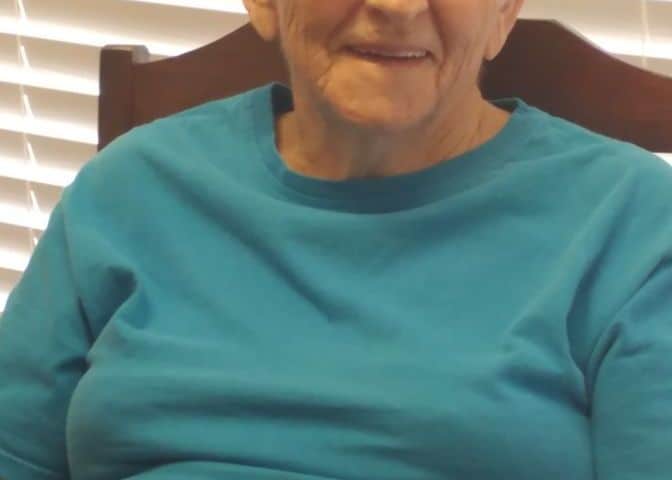 Dorthy (DD) Babcock was born in Wewoka, OK for MC and Maudie Pittman.  A few months after her birth, her parent relocated to Bogata, TX, to work in the oil fields and as a share cropper.  DD’s mom passed away when DD was only 4 years old.  Her older brother and she lived with a series of family members over the next several years because her father didn’t know what to do with them. At the age of 14, DD went to live with her grandmother in Dallas.  Her grandmother became DD’s rock and taught her about life, morals and the Bible.

When DD was 15, she started working as an usherette at the local movie theater.  By the age of 16, she was attending beauty school and dropped out of high school. DD got her license and went to work at Sewell’s Beauty Shop. Times were hard on DD.  She had to choose between eating lunch or dinner.  Her boss and one of her customers, Darlene, convinced her to go back to high school. Both of these ladies became mother figures to DD.  So she would work half a day and go to school half a day.  Darlene would make appointments in the evening and often brought DD dinner. And DD did graduate.

DD met Foy Babcock when she went to visit her neighbor. They had a television and DD had never seen one. Foy was staying with his brother and when he saw DD, he asked her out.  The rest is history and the couple married in February of 1950.

After a year in Dallas, Foy went to work in the oil fields and the couple bought a small travel trailer without a bathroom. They would use the trailer park bath house. In December 1951, their son, Alan, was born. Seventeen months later they welcomed their second son, Larry.  They traded their trailer in for one that was bigger and had a bathroom.  DD says that the space was tight but they made do.  In 1958, Jimmy was born.

DD was a mother bear, very protective of her boys.  Because of her upbringing, she made sure that her boys could do everything around the house from laundry to cooking.  She wanted them to be able to take care of themselves.  Foy sometimes had to step in and veto DD because he wanted his boys to be men, not sissies.

DD was very active in her church – teaching pre-school, VBS, working in the nursery and whatever else she was volunteered to do. She was also very active in the schools – sometimes being a room mother for all three boys.

She made sure the boys learned how to behave in church.  She felt it was important that they were in service and not in the nursery.  As they got older, they used to sit on either side of her and often got in trouble for leaning forward – making faces and talking across her.  She took to carrying a switch in her purse. If they acted up, all she had to do was open her purse and show them the switch.  She believed that the schools should be empowered to discipline her boys and went to so far as to put a signed note in their files giving the principal that authority.

DD went back to work when Jimmy was in third grade as a grocery store checker. She worked 3pm-6pm and the older two boys watched Jimmy.  DD was promoted to non-food manager (OTC medication). Her son teased her about being a drug pusher.  DD went to work for the highway department but was so bored that she went back to the grocery store. When they moved to Amarillo, she sold insurance for American National. Foy and DD were house parents for a children’s home in Culbertson, NE.  She cooked, did laundry and attended all the school activities for eight boys.

They moved to Temple, TX, to take care of Foy’s mother. DD did everything for her – cooking and cleaning, bathing and medication.  Foy’s mom passed away in 1994 and Foy retired.  They relocated to Bogata, TX. Foy had a huge garden and DD canned and preserved much of the produce.

While at the children’s home, DD took painting lessons and has several of her works in their apartment.  She started knitting in 1969 and has knitted countless afghans and sweaters.

The couple moved to Kansas City in 2001 to be closer to Larry.  DD has had several health issues over the years but is in good health now.  Her life motto is “Get up Happy and GO to bed happy and you’ll always be happy”.

The couple moved to Westbrook in May after being in KC for 16 years.  She says that she gets more exercise here and loves that they can walk the halls instead of out in the weather.  She enjoys living here because of the good food and just being with people.  When they had their house, it was just the two of them and she likes having others around.