Featured Resident –Marilyn Westlake
Marilyn Westlake was born to Hugh and Maude Scott in Ridgeway, MO. She was the sixth of seven children (four girls and three boys). They lived on a dairy farm. Growing up their house was the gathering place for all their friends and family. The kids were active in the Methodist church and Marilyn joined the church when she was fifteen.
Growing up, she loved riding their horse, Dixie, and her bike. She enjoyed school especially English and music though she wasn’t a fan of math. In high school, Marilyn played volleyball and sang in a quartet. At home, she helped with milking the cows, feeding the calves and tending the family’s big garden. Marilyn graduated from Ridgeway High in 1949.
Marilyn attended Northwest Missouri State for one year. However, her pregnant sister’s husband was deployed overseas. So Marilyn moved to Kansas City to help her sister, who already had one child. Marilyn even accompanied her sister to the hospital. She interviewed for a job over a weekend and ended up starting that Monday at Elko Photo Processing as a receptionist.
Marilyn went to a square dance in Bethany with one of her sisters. There she met a man named Gerald Westlake. He asked her to dance and she said yes. However, her sister and her date were ready to leave. Marilyn told Gerald she had to leave. He offered to drive her home and the rest is history. They dated a year and he proposed. They married in August 1951. Gerald was drafted into the Army. The young couple moved to Texas. They were stationed at Fort Hood in Killeen, TX, but lived in Temple, TX. Gerald guarded the atom bomb and was gone three days at a time. Marilyn got a job Sears and Roebuck. A year later, she went to work for a dentist as his receptionist and assistant.
In 1953, they had their first child, Dianne. One month later, Gerald was discharged and the family drove 800 miles to Hatfield, MO. Yes, 800 miles with a one month old. They lived on Gerald’s family’s 810 acre farm with his parents. His parents moved to Eagleville and Gerald and Marilyn took over the farm. They raised beef cattle and hogs as well as some corn and beans and of course, hay for feeding the cattle.
In 1956, Rick was born and Lori rounded out the family in 1961. Marilyn kept busy with taking care of the kids and their big garden. Everyday she would fix a huge noon meal including meat and potatoes with all the fixings plus dessert for all of their workers. As the kids started school, they were involved in lots of activities. The girls were cheerleaders and the family went to all the games. Marilyn was involved in a craft club and substitute taught any subject they needed at the high school. She loved when it was home ec but dreaded math. The family was active in the Methodist church. Gerlad and Marilyn were involved in a square dance club.
As the kids grew up and moved away, the couple bought a fifth wheel and started traveling. They had neighbors look after the cattle when they were gone. They eventually sold the fifth wheel and bought a motor home. They traveled all over the country: Niagara Falls, down the east coast, Alabama, Florida, the Redwood Forest in California, Oregon, Washington and Washington DC.
They sold their farm to the Nature Conservancy who put 100 head of buffalo and prairie chickens on it. The Conservancy gave tours taking patrons out to see the buffalo on hay wagons. The Westlakes entire family including grandchildren took the tour once and they all loved it.
The couple bought a house in Bethany. They continued traveling and wintered in Texas for several years. They wintered a few times in Arizona where Marilyn’s brother lived.
The family suffered a tragedy when their daughter, Dianne, passed away in 2011 from cancer. This was a very hard time. She had battled the cancer for five years.
Gerald had several health issues. Because of this, the couple sold their motor home. He was transported by ambulance to NKC Hospital six different times. He was diagnosed with cancer and passed away in Oct. 2019.
Marilyn had no family left in the Bethany area so she moved in November of 2019 to Westbrook in Kearney. She loves that she is close to her family. She also likes the staff and all the friends she’s made here. She enjoys walking daily with Judy and Wilma. She loves the activities and attends just about everyone. She also enjoys playing pitch and dominoes. She enjoys reading. She’s always been an avid reader. In high school, she was accused of having read every book in the library.
Marilyn encourages everyone to love their family because you don’t know how long you will have them around. She enjoys spending time with her kids, their spouses, her five grandchildren and one great grandchild. 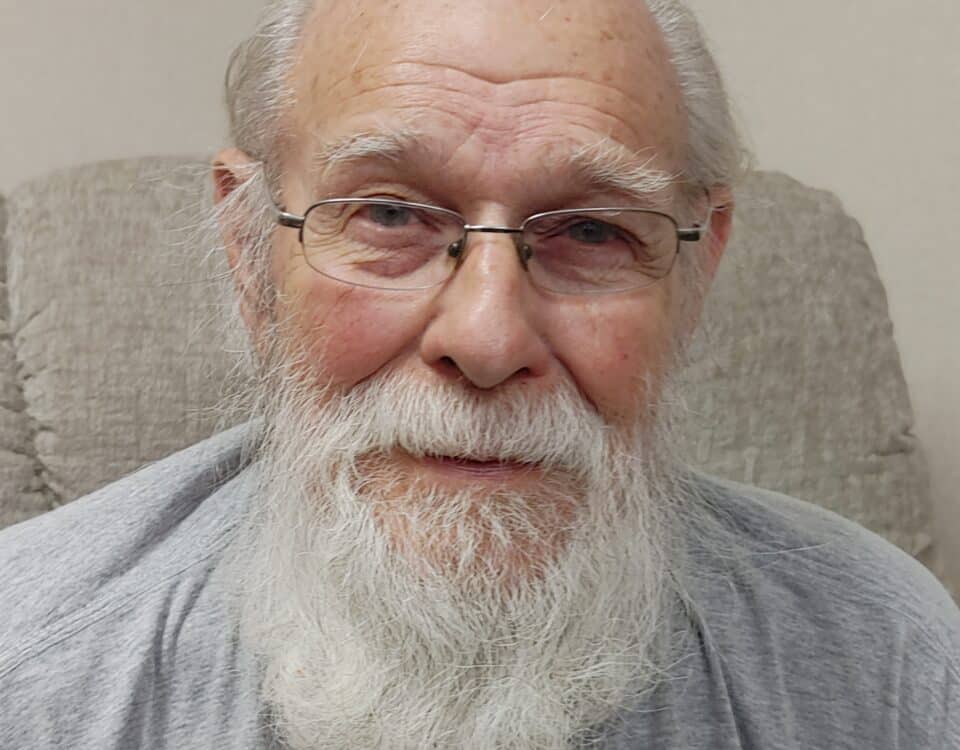